More From Form by Sean Bokenkamp 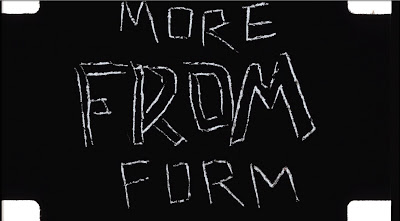 Over the past two years or so I've been looking through my collection of rejected and unused 16mm footage. I held onto these 16mm odds and ends even though at the time I shot the footage I couldn't or didn't want to use them for the film projects for which they were originally intended. So rediscovering this "failed" footage led me to the idea of reclaiming it and repurposing it for something new.

Included among the rejected shots was a small stash of black film leader, which I was excited to find, since Kodak stopped making this type of 16mm black leader a few years ago. In college I had experimented a bit with "scratch animation"—which is where the image is created by scratching away the "emulsion" from black film leader with a needle or awl—but not in an in-depth or sustained way. So after unearthing this old footage I decided to spend a winter scratching and hand-painting the rejected footage and 16mm film leader. 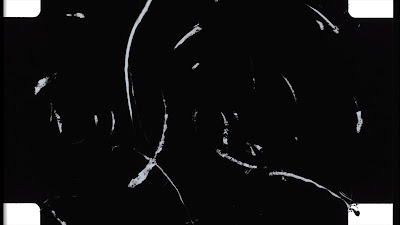 Several years ago I made a film called From This Darkness. My original idea had been to create the titles by scratching the words into black leader, which seemed to be thematically appropriate. After viewing my first attempts at scratch animation on a film viewer I realized that I had accidentally written the word "FROM" upside down. That, plus the fact that I found it frustrating trying to write in such an incredibly small area within the 16mm film frame, lead me to utilize a different method to create the film's titles. 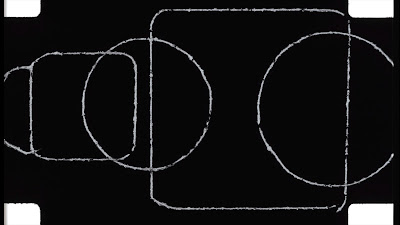 So when I unearthed this original, failed title, I started to think about how close the word "FROM" is to the word "FORM" and how the phrase "more from form" sounds so similar to "morph from form". I was also very taken with the idea of taking the "mistakes" and "failures" from rejected material and turning those mistakes into purposeful and intentional explorations of form. 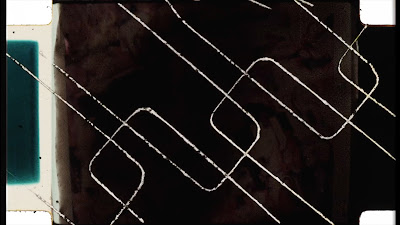 There is always something slightly embarrassing about encountering the raw material from past failed projects. You often find it in a state of disarray—having been abandoned—and so it seems to reproach you for that betrayal. It's hard not to to see your own naked intentions lying submerged—frustrated and unrealized—in the material itself. The urge to erase or destroy every last trace of that failure is palpable. So instead I harnessed the urge to "erase" the images by covering them over with inks and then scratching away the ink and emulsion to create a new overlay of patterns. 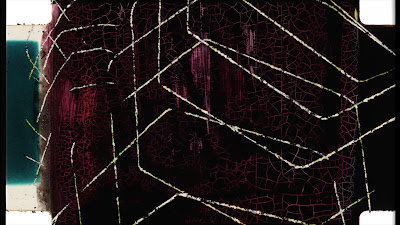 I used a few different markers and inks to "paint" the frames of the rejected film footage. Since I had to allow the ink time to dry, I had to work in two- to three-foot sections of filmstrip. Which, when played back, create a nice organic rhythm as each intention leads to the next in similar segments of time. 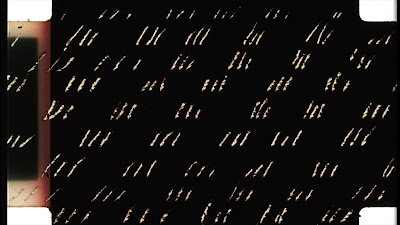 After finishing the animation I knew that I wanted to get a digital transfer of the footage since I had utilized the full width of the filmstrip past the 16mm film frame that is typically used when projecting 16mm film.

On the images above you can see how the digital transfer (from Frame Discreet in Toronto) captured the entire width of the frame—including the sprocket holes, which can be seen in each corner. I'm really pleased with the film transfer, and hope to be able to have more film transfers made at Frame Discreet for future animation projects.

When I first experimented with scratch animation years ago I found the diminutive scale of the 16mm film frame to be unwieldy and frustrating for image-creation. Recently, however, I've really been enjoying the limitations of the technique, since those limitations help focus my approach.

I haven't heard back yet from one of the film festivals that I've submitted More From Form to, and so I won't be able to post the finished version of the film here until I have.

More From Form screened at County Contemporary in September 2016 in Picton, Ontario and at the 38th Big Muddy Film Festival in February 2016. 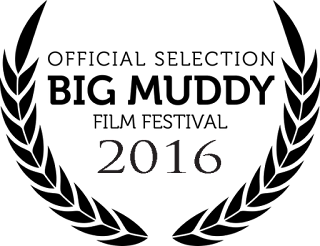 Posted by Trenchant Media at 1:32 PM